Some of the common causes of the changes in conditions are as follows :

1) Shifting of the raingauge station from one place to the other.

2) Replacement of the old instrument with a new one.

3) Change of the observer or change in the method of observation.

4) Changes in the ecosystem near the station, such as forest fire, land slide, new construction, etc.

For analysis, at least ten such stations are selected. The cumulative values of the mean annual rainfall of the station X and that of the group of stations are calculated from the given rainfall data. 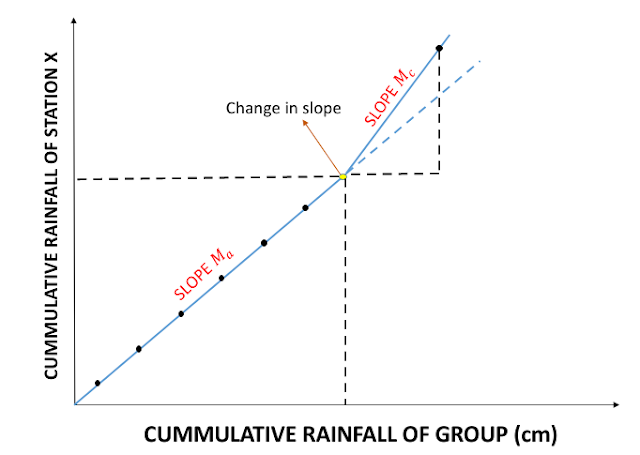 The curve is usually plotted starting from the latest record which is assumed to be correct.

The curve is called the double mass curve.

The corrected mean annual rainfall of station X is computed as follows :