This is the earliest, simplest and most important form of organisation. In this type of organisation, the authority descends from the top of the structure to its bottom level step by step through a downward delegation of authority.

All major decisions are taken by the executives at the top and passed on to their immediate subordinates for necessary action at their level.

Thus a direct relationship of authority and responsibility is established between the superiors and subordinates.

This type of organisation is based upon earlier military formation.

As in army, commander in chief has full control over the entire army of the country through his major generals and area commanders and so on. 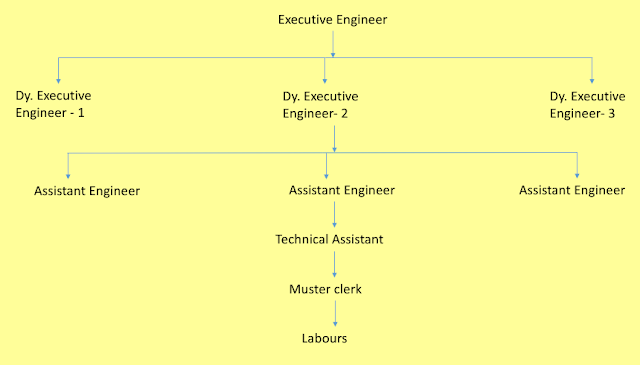 Figure shows the line organisation of a division of the public works department (PWD) of a state. 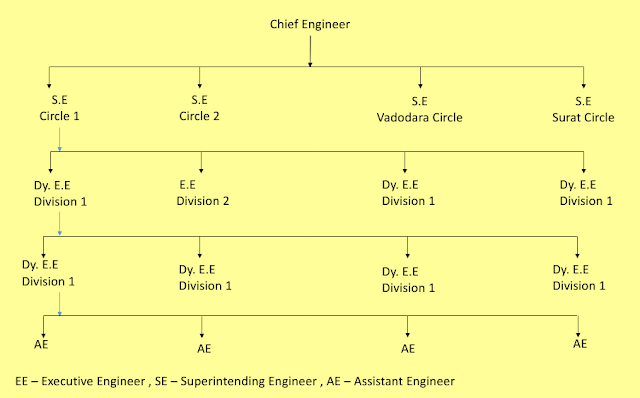 Fig. Line Organization of PWD of a state