Soil Engineering has vast application in the construction of various civil engineering works.

Some of the important applications are as under:

Every civil engineering structure, whether it is building, a bridge or a dam is founded on or below the surface of the earth. Foundations are required to transmit the load of the structure of soil safely and efficiently. 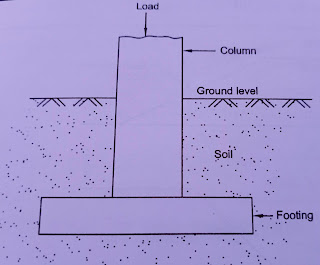 When, d is less than or equal to b, it is called shallow foundation. 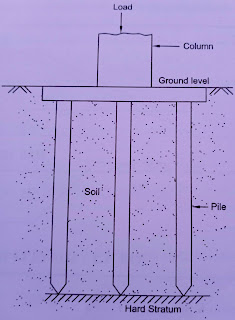 when, d > b, it is called deep foundation.

When sufficient space is not available for a mass of soil to spread and form a safe slope, a structure is required to retain the soil. 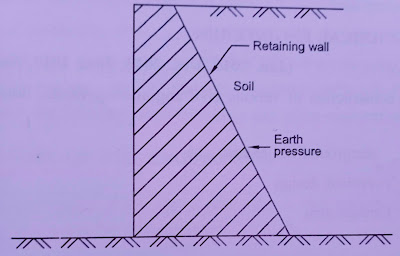 An earth retaining structure is also required to keep the soil at different levels on its either side. 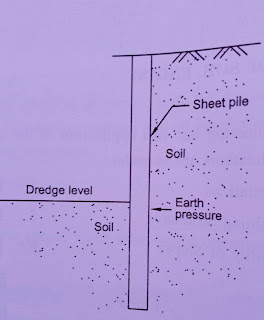 The retaining structure may be a rigid retaining wall or a sheet like bulkhead which is relatively flexible.

If soil surface is not horizontal, there is a component of weight of the soil which tends to move it downwards and that causes instability of slopes.

The slope may be natural or man-made.

Figure shows slopes in filling and cutting. Soil Engineering provides the methods for checking the stability of slopes.

The design and construction of underground structures, such as tunnels, shafts, conduits require evaluation of forces exerted by the soil on theses structures.

A pavement is a hard crust placed on soil subgrade for the purpose of providing a smooth and strong surface on which vehicles can move.

The pavement consists of surfacing such as a bitumen layer, base and subbase.

The behaviour of subgrade under various conditions of loading and environmental changes is studied in Soil engineering.

Earth dams are huge structures in which soil is used as a construction material.

The earth dams are built for creating water reservoirs.

Design of earthen dam requires a knowledge of soil engineering.