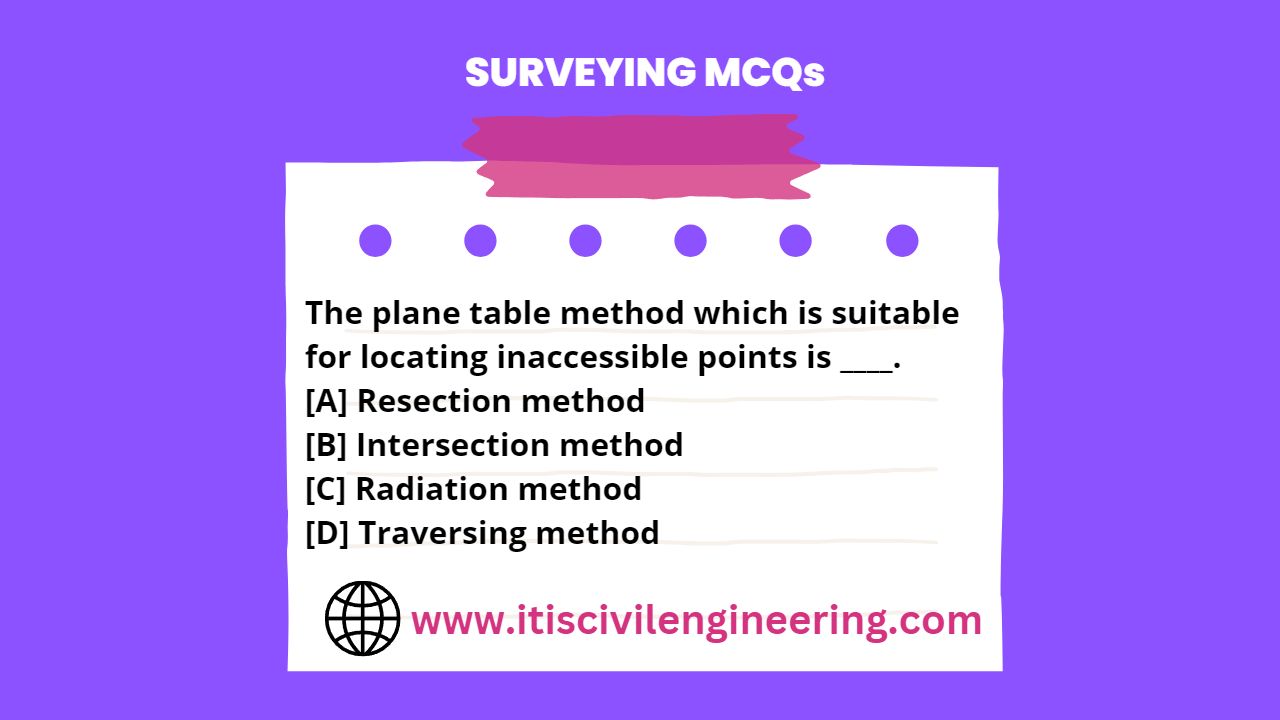 2. If ‘n’ is the number of sides of a traverse, while theodolite traversing the sum of the interior included angles should be ____.

3. The plane table method which is suitable for locating inaccessible points is ____.

4. The two- point problem in plane tabling is essentially a problem of ____.

[A] Orienting the plane table

[B] Centering the table

[A] Determining the position of three points