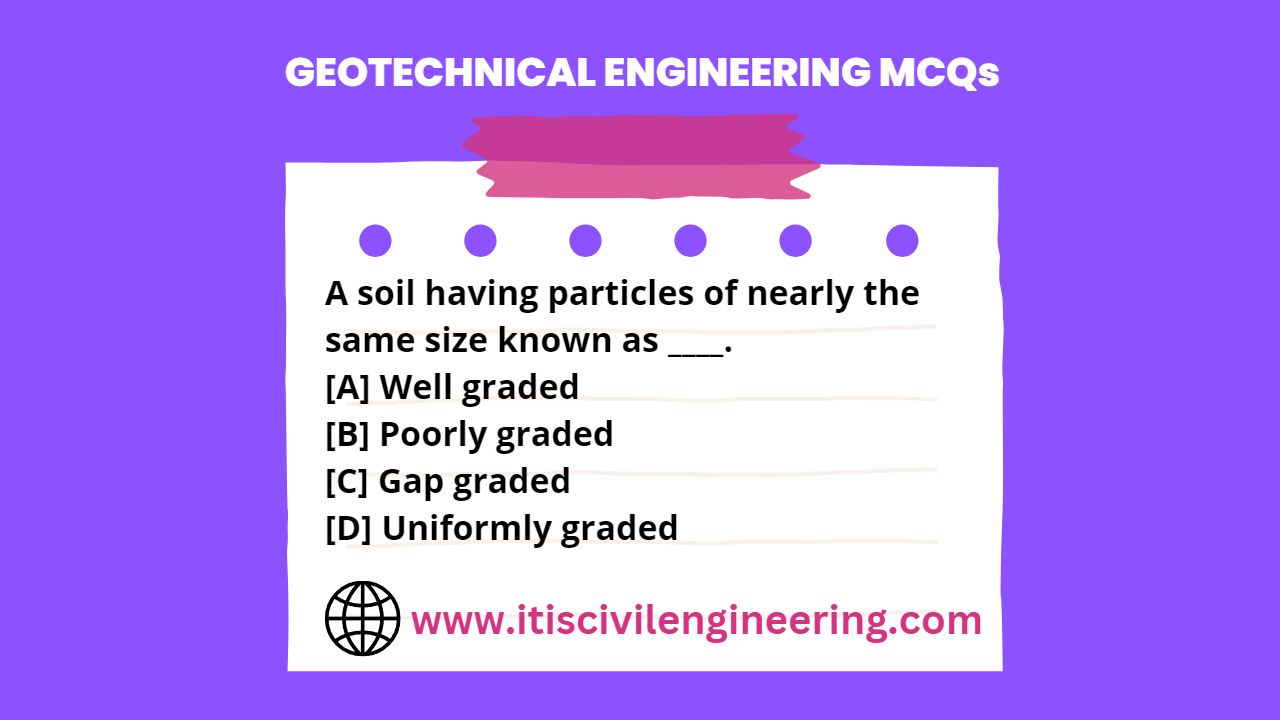 1. When the plastic limit is equal to or greater than the liquid limit, then plasticity index is ___.

[D] More than one

2. The soil transported by running water is called ____.

3. A soil having particles of nearly the same size known as ____.

4. Which are the corrections applied to the hydrometer readings?

The hydrometer readings increase downward on the stem.

The addition of the dispersing agent increases the density of the suspension.

Correction (Cd) is applied which is always negative (-ve).

5. According to IS Classification system, the soils can be classified into