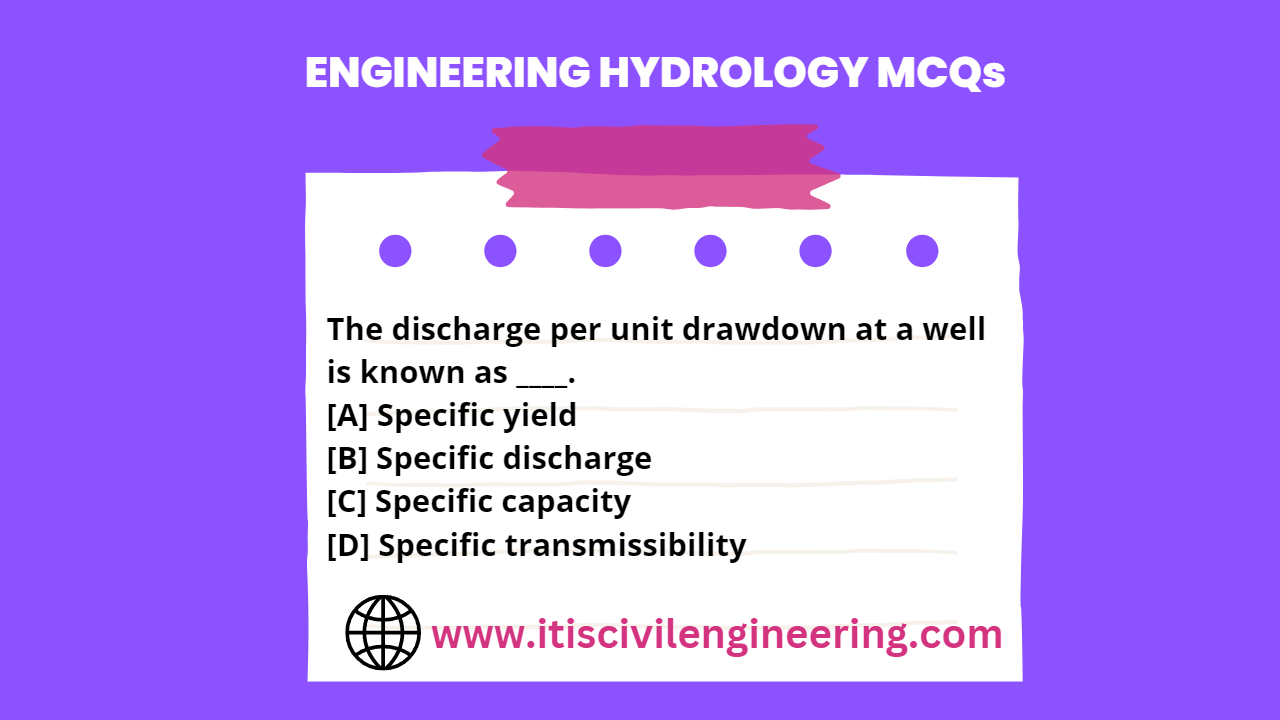 1. Standard Project Flood for the drainage area involved is the flood that

3. Which of the following formations has poor permeability, but seepage is possible?

5. The unit of coefficient of transmissibility is ____.

[A] Volume of water stored in the unit volume of aquifer

[B] Water that a portion of an aquifer releases from storage, per unit mass or volume of aquifer, per unit change in hydraulic head, while remaining fully saturated.

[D] The difference between field capacity and evapotranspiration